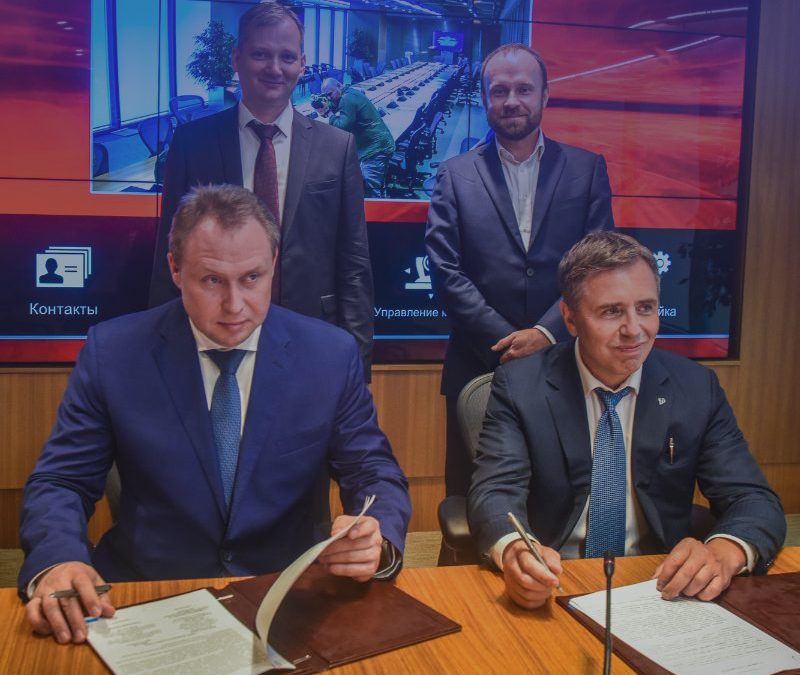 Rostelecom, the largest provider of digital services and solutions in Russia, and T8, the leading domestic manufacturer of telecommunications equipment for wavelength division multiplexing (DWDM), signed a cooperation agreement aimed at developing the market for electronic products, software and communications services in the Russian Federation. The document was signed by Alexey Sapunov, Senior Vice President for Technical Infrastructure of Rostelecom PJSC, and Vladimir Treshchikov, CEO T8 LLC.
As a part of the vertically integrated projects’ implementation, the parties agreed to conclude a framework agreement for the supply of wavelength division multiplexing equipment for a fiber-optic backbone DWDM network, created on the domestic electronic component base. It would be possible on condition of receiving by Rostelecom support from the state budget in the form of a subsidization to refund the part of the costs, specifically, after the conclusion of an appropriate agreement between Rostelecom and the Ministry of Trade and Industry of the Russian Federation.

In accordance with the signed agreement, the maximum price of the framework agreement will be 4,000,000,000 (four billion) rubles including VAT.

From the funds of the subsidy received, Rostelecom undertakes to pay T8 an initial payment for the modification of DWDM equipment with the domestic electronic component base. The other part of the subsidy Rostelecom will spend on the integration of this equipment on its own communications network. Under the framework agreement, works will be carried out, such as the supply of DWDM equipment and the provision of services for its installation and commissioning.

The framework agreement is valid from the date of conclusion until December 31, 2027.

“The DWDM project is the first in a series of ones called vertically integrated projects. The project is knowledge-intensive. It brings together a customer, a manufacturer of telecommunications equipment (T8 company) and manufacturers of electronic components (Elvis company, as well as Zelenograd Nanotechnology Center). As a result of the project, domestic radio-electronic components will be used on T8 DWDM equipment”.

“The government policy in the field of the digital economy involves stimulating demand for domestic electronic products. There are analogues of foreign equipment and software already in Russia that are gaining popularity in the public sector and commercial companies. This happens naturally, since all enterprises want to ensure the security of the IT infrastructure, which is possible with the use of domestic software and equipment only. In parallel, the government is implementing state support for the IT industry. Such preferences will improve the quality and expand the product line created by Russian developers.”

“One of the urgent tasks that the participants of the Russian telecommunications market face today is to reduce the dependence of Russian companies on foreign equipment and their manufacturers. We hope that the signed agreement thanks to government support will make it possible to take a concrete step towards the introduction of domestic products built on the Russian electronic component base.”

“We are glad that together with Rostelecom PJSC and relevant ministries, we managed to find a completely new form of interaction

The company occupies a leading position in the market of high-speed Internet access and Pay TV services. The number of broadband access subscribers exceeds 13.5 million, Rostelecom's pay TV subscribers are 10.8 million, over 6.2 million of which are IPTV. The operator Tele2 Russia, which is Rostelecom's subsidiary company, is a major player in the mobile communications market, serving more than 46.6 million subscribers jointly with Rostelecom and leading in the NPS (Net Promoter Score) index — users' willingness to recommend the company's services.

Rostelecom is the market leader in telecommunications services for Russian government authorities and corporate users of all levels. 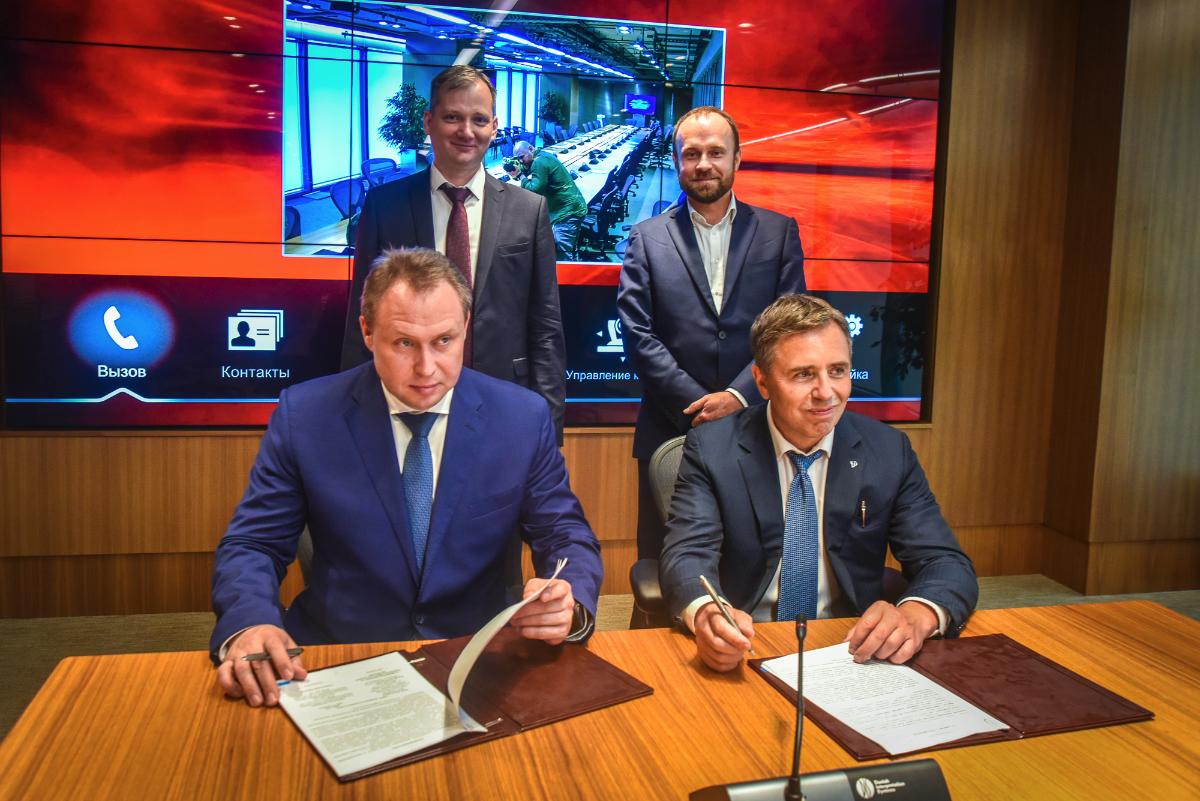