Volga has united the North-West Federal district of Russia 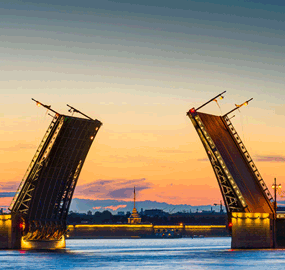 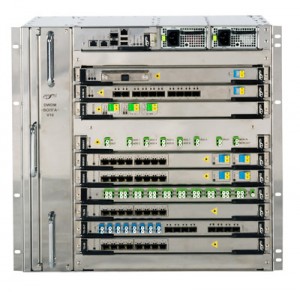 In May 2018, T8 completed a large project to establish a data transmission network for the macro-regional branch of North-West Rostelecom.
The project included modernization of backbone channels and increasing of communication rate up to 100 Gbit/s for 47 network sections of different length. High-speed coherent 100 Gbit/s DWDM equipment Volga developed and produced in Moscow was used for modernization. The total length of the newly organized communication channels achieved more than 4200 km. It was not necessary to update the cable infrastructure to implement the project, the new equipment uses existing fiber-optic communication lines. As a result of modernization in some parts of the network its capacity increased to 1.4 Tbit/s. The work on networks renewal covered five regions: Arkhangelsk, Vologda, Leningrad and Novgorod regions and the Republic of Komi. The outdated equipment was replaced with a modern telecommunication platform Volga in 43 localities.

‘The implementation of the project has allowed to significantly increase the network capacity. Owing to using of modern coherent 100 Gbit/s equipment, residents of the North-Western Federal district will improve the quality of Internet connection. The new network is built in view of the high requirements for network reliability. Backup routes were organized, and the delays of the transmitted signal in the network are minimal, which is so important for business and computer games fans. Due to the high bandwidth of new communication channels, residents of the North-West region will be more comfortable with using modern cloud services’,- said the Deputy General Director of T8 LLC Konstantin Marchenko.

The Volga platform for optical communication networks is the only Russian-manufactured DWDM system that has high-speedtransponders of 100 and 400 Gbit/s in its line. Volga passed the state examination and is added into the register of innovative products recommended for purchases within 94-FZ and 223-FZ, and can be a basis for construction of the backbone and regional data transmission networks for public authorities. The Volga platform has the status of Russian-made telecommunications equipment, confirmed by the Ministry of industry and trade of the Russian Federation. It is planned to actively use DWDM platform Volga during the implementation of the national program ‘Digitalization of the Russian economy’.