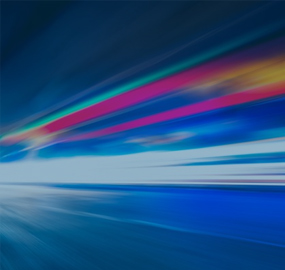 T8 demonstrated its new development – a high-speed transponder 400G operating on one carrier wavelength. The demonstration took place at the booth of the company during the exhibition ‘Sviaz 2018′. T8 presented the new development to the chief of Federal communications Agency Oleg Dukhovnitsky. General Director Vladimir Treshchikov and Deputy General Director Konstantin Marchenko made a report about T8 company successes in the development and production.

The high-speed 400 Gbit/s aggregating transponder (a system that performs multiplexing of a low-speed signal into a high-speed carrier) was a part of the DWDM platform Volga line for a long time, but the new transponder has a significant difference – the signal is transmitted along one carrier wavelength, whereas the previous model uses two carriers in its work. The use of the updated transponder allows to compact data transmission in the optical fiber in two times, and therefore to reduce the cost of traffic in the networks of Telecom operators and data centers.

The demonstration of this transponder showed that Russia does not lag behind the leading foreign manufacturers, and even leaves some of them behind in the direction of development of backbone DWDM-systems. Only some vendors currently have transponders 400 Gbit/s on the single wavelength in their product lines.

‘We are glad that we were able to make breakthrough traditionally by 9th of May, the Victory day, – General Director of T8 Vladimir Treshchikov said.

– It so happened out that we completed and demonstrated all our leading developments right to this important date. The world race to reduce the traffic cost continues and it is great that our company I would like to note that the previous generation of high-speed 400 Gbit/s transponders is already actively used on the large data center network ‘.

The Volga platform is a Russian telecommunications system of spectral compaction designed for the organization of data transmission channels in optical communication lines. The platform supports the organization of both high-speed communication channels up to 400 Gbit/s and low-speed up to 155 Mbit/s and can be used not only by operators, but also in data centers. The platform has the status of telecommunications equipment of Russian origin. The status is issued and annually confirmed by the Ministry of industry and trade of the Russian Federation. Development and production of the platform and its blocks are located in Moscow.