T8 IN THE TOP 15 RANKING OF INNOVATIVE COMPANIES IN RUSSIA – Компания «Т8». DWDM-системы

T8 IN THE TOP 15 RANKING OF INNOVATIVE COMPANIES IN RUSSIA 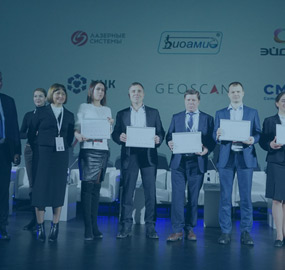 On December 12 the results of ranking ‘Tekhuspekh-2017’ were announced. T8 took place in the top lines of the ranking of the most innovative companies in Russia again, taking 5th place in the group of small companies.

T8 has participated in the national ranking of innovative companies for the fourth time since 2013. The inclusion of the company in the TOP ranking once again demonstrates that T8 is successfully implementing its plans to develop and update the fleet of production equipment, as well as to develop new products using innovative solutions and technologies. Over the past year, the company developed more than 30 new products. One of them developed for the first time in Russia high-speed systems with 400 and 200 GB/s. This is a record productivity for Russian enterprises.

‘Receiving any award is always nice, but the awarding of ‘ Tekhuspekh ‘ was a double pleasure, — said General Director of T8 Vladimir Treshchikov. – The final year was very effective for us, we made a significant breakthrough in the development of our line. There are reserves for new lines of equipment. The production base is significantly expanded: at the beginning of next year, our production will receive updated equipment. Our laboratory has already been replenished with modern measuring equipment. Next year we plan to start production of some of our own components for our systems. We are trying to increase the share of Russian components in our products, although it is a very complex and long process’.

Participants of the ranking are given the opportunity to receive support from development institutions, to take part in a number of departmental events. ‘Tekhuspekh’ ranking is used in the formation of a list of industrial partners for R&D under the Federal target program ‘Research and development’. The SME Corporation and the Industry Development Fund use the ranking to attract participating companies to their programs.